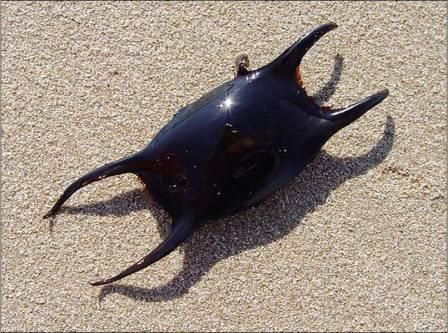 So sorry to say it but I wont be jumping into shark science just yet. For my first day of field specialist training I was doing some inter-tidal surveys with the new interns to watch how a more experienced field specialist teaches it.

For those who don’t know the inter-tidal zone is basically that area where the land meets the sea, its an area where a heap of marine creatures live and its an area that can be very reactive to changes in climate, water quality and anthropogenic impacts.

As it turns out inter-tidal zone of Mossel Bay is  in a particularly interesting area because of two large oceanic currents. The Agulhas current comes down the coast from the east and brings warm water. The Benguela current comes from the south bringing cold waters up the west coast of Africa. Mossel Bay sits smack dab in the middle. What this means is that while warm water environments typically have high species diversity but low abundance and cold water environments typically have low species diversity but high abundance. Mossel Bay gets the best of both worlds.

But back to the surveys, we were basically being kids exploring rock pools. But with the crucial distinction that we were writing down everything so it counts as science. What we did was lay out a long rope, then starting at the low tide mark, place a 1m x 1m square on the ground every 2.5m and count all the critters that we found inside.

This may not sound as fun as getting up close with Great whites but its incredibly interesting. In my case, I was particularly amazed by the limpets.

But whats that you ask?

A limpets a type of gastropod. Imagine a snail, except instead of living in a swirly shell, imagine it lives under a dome shell and you’re in the ball park. They look like this.

They spend their lives clinging to rocks in rock pools all around the world and while they look pretty mundane, they’re actually incredible!

Exhibit A: The Brown Limpet

Looks pretty dull, but this little guy can paralyze a starfish! Starfish living in these rock pools eat lots of things including some types of limpet. They manage to get under their shell and flip them over to feast on the unprotected underside. But this limpet carries a special toxin, and when the starfish makes contact with its flesh, it gets paralyzed while the limpet gets to make a sneaky getaway.

Exhibit B: The Star Limpet

I figured these guys needed a little highlighting as they have a tendency to blend into the background a bit. Whats cool about star limpets is these two are actually separated for a very good reason, they’re ultra territorial.

This is because star limpets actually tend a garden or algae all around them. You can see it fairly clearly with the limpet at the top of the photo. It cultivates and maintains an algae crop that it can feed from and if any star limpet dares enter its territory, there’ll be hell to pay! If a territory is invaded, the limpets will fight each other, trying to get their shell over the edge of the other before sucking onto the rock to crunch down on their opponents shell. Hopefully the snail on that top limpets rock is quick enough to escape!

So there is a fun story about these ones. Back when I interned with Oceans Research last year, during one of the inter-tidal survey sessions, one of the field specialists made an offer to me and a friend. “If you can pull that limpet off the rock, I’ll give you my van” he said. With our heads filled with visions of cheap trips up and down the coast on the weekends, we spent longer then I’d care to admit trying to win the van. I only found out on Thursday just how safe a bet that was for the field specialist when he pointed these out to me.

What I had thought were random markings on the rocks were actually grooves created by shield limpets shuffling around, and then suctioning onto the rock. With that kind of power I finally understood why we never had a shot at the van.

So there you have it

Hopefully you have a new found appreciation for these weird and wonderful critters, feel free to post questions in the comments sections and stay tuned for me next week!

Welcome to Ocean Minded. I’m going to use this to share some of the awesome science I’ll be doing out here in South Africa over the next four months. My time with Oceans Research is going to cover a wide variety of marine science including catching and tagging small sharks, collecting data on great whites monitoring dolphins (and possibly tagging them with drones), Intertidal surveys and ROV dives.