I find when people discuss global warming, the often cited example of its impact is coral reef bleaching. That said I’ve found there’s a gap in the communication when it comes to saying why bleaching is a problem. That is to say:

Aside from reefs being pretty to look at, is there a practical reason we should care about them?

The short answer to that question is yes, and here’s why.

If you look at the photo below, which I took on a reef in Seychelles, you can see a partially bleached coral. This can occur because a coral isn’t a single animal, it’s a colony of thousands of little polyps that look a bit like tiny sea anemones. They’re all joined together forming a thin living skin over the corals skeleton which they produce.

And that’s the critical part, the skeleton.

Because essentially corals function as underwater living apartment buildings. By growing all kinds of interesting and different shaped skeletons, they create lots and lots of habitat spaces for other animals to live in. It’s the same way a tall apartment building can be home to large numbers of people on a relatively small plot of land.

And the fact that corals are living is really important. Over time, storms, strong water current, bleaching and feeding by other animals breaks down and grind up coral skeleton. Without those living polyps breeding and creating more skeleton, the reef would shrink over time and disappear. And no coral habitat means no animals.

Currently, its predicted that if our planet warms on average by 2 degrees Celsius, 99% of corals globally will die. Here’s why you should care.

It’s all about how much habitat corals provide. Corals cover less than one percent of the ocean floor. Yet they are home to over 25% of all marine life. This is what is meant when people talk about high biodiversity. Its lots on animals, living in a small space.

Now globally, its estimated that over 3 billion people rely on the ocean for their food. That’s a little over a third of the global population. Flowing from that, we can assume that over 25% of their food comes from reefs. That means that even if you don’t necessarily eat a lot of seafood, somewhere out there in the numerous supply chains that maintain your life, there are people that need the ocean, and by extension coral, for their food. 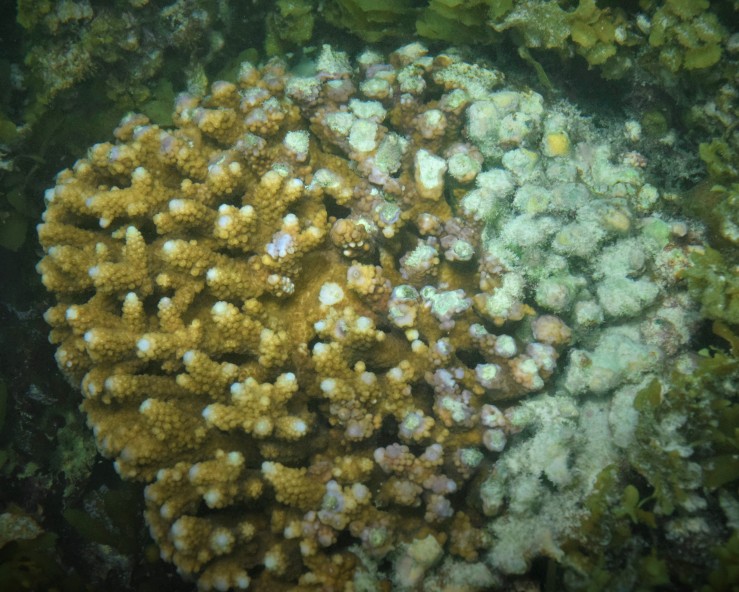